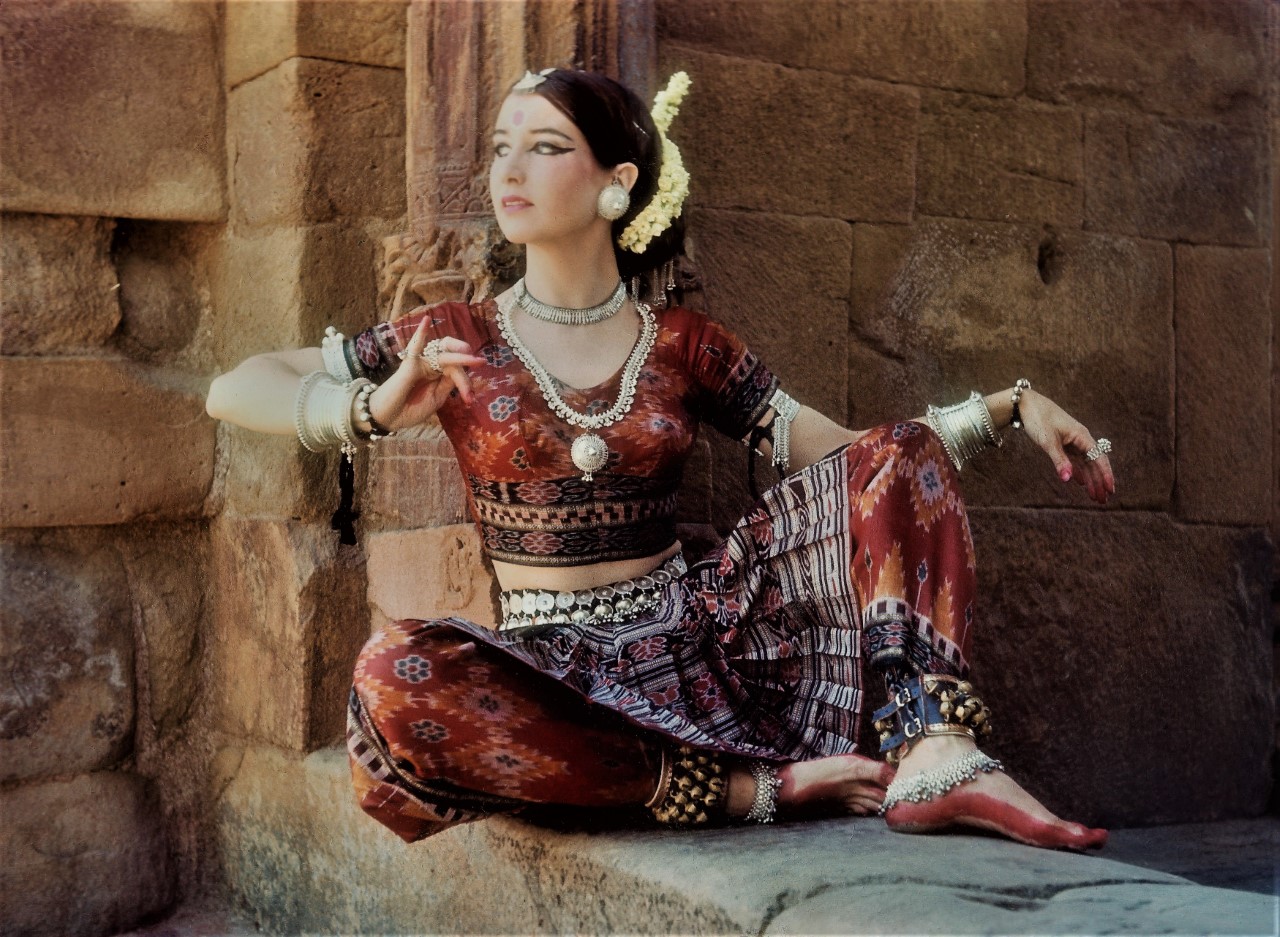 This archive (currently under development) contains a record of the performances and choreography of the late Anne-Marie Gaston (stage name Anjali). The “danceography” is available to dancers, dance researchers, and other scholars as an aid in creating an accurate history of Indian performing arts in Canada. It will eventually be linked to existing video documentation. The holdings include a listing with descriptions of all the dance pieces that Anjali performed, as well as details of classical Indian music and dance such as raga, tala, choreographer and musicians. Some of the physical materials used by Anjali in her performances will be archived with Dance Collection Danse Research Institute in Toronto, Canada.

GASTON, Dr. Anne-Marie (née Groves), who performed under the stage name of 'Anjali', was born July 6, 1941 and died April 5, 2018. She was a dancer, choreographer, writer, photographer, lecturer, teacher and traveller. Anne-Marie was born, raised, educated and died in Ottawa. She did her first degree at Queen's University, Kingston, Ontario and subsequently earned two post-graduate degrees (M.Litt., D.Phil) at Oxford University, UK.

Anne-Marie spent many years in India and UK, as well as traveling throughout the world observing and studying local cultures and languages. She was an internationally recognised performer, choreographer and teacher of East Indian classical dances. She held a Ph.D. in South Asian Artistic Traditions from Oxford University.

Anjali was the first native-born Canadian to perform classical East Indian dance professionally and over the years she performed for tens of thousands throughout Canada, US, Europe, and India, including Prime Ministers Pierre Elliot Trudeau and Indira Gandhi. From Delhi and Chennai, to London, to Winnipeg and Vancouver, and in many other towns and cities of the world, Anjali enchanted her audiences:

"The finest non-Indian dancer of Bharata Natyam, Kuchipudi, and Odissi in the world." Financial Express, Delhi

"...her clear line, verve and sense of talam (time measures), were quite outstanding." Dancing Times, London

"...Anjali held the audiences spellbound. This form of dancing requires immense stamina as well as suppleness and delicacy. Anjali has managed to combine all three." Vancouver Sun, Vancouver